Intro to Jung: What is the Self?

This blog post is the first in a series that discusses basic concepts of Carl Jung’s psychology. It appeared first on the Jung Society of Utah blog. For anyone new to Jungian psychology, or for those who would like a refresher on some of his central concepts, these blog posts provide an overview, including definitions, as well as further explanation and commentary by experts in the field. We begin by exploring the concept of the Self.

The Self is one of the primary concepts in Swiss psychiatrist Carl Jung’s psychology. Jung defined as the Self as “the totality of a person’s being,”1 and the word is capitalized to denote its centrality and sacredness. Jung believed that the Self is the “central force guiding our development: he saw this energy expressed in our ability to change form and evolve, while maintaining our personal identity,”2 and as “the blueprint of our potential unfolding and the path to greater unity of the conscious and unconscious in us. Jung saw it perpetually reorienting us towards balance and guiding us into greater wholeness.”3 In this way, the Self may be seen as an inner companion that can provide guidance and support, even in difficult times.

Jung referred to the Self as the archetype of the individual and stated that “the Self is all embracing,”4 including the “conscious and unconscious psyche.”5 Jung further claimed that the Self “might equally well be called ‘the God within us.’”6 Jung also referred to the Self as “the principle and archetype of orientation and meaning. Therein lies its healing function. For me this insight signified an approach to the center and therefore to the goal.”7 In this approach, “There is no linear evolution; there is only a circumambulation of the self.”8

Jungian analyst June Singer provided further explanation, stating that it is the energy of the Self

which provides the thrust for the individuation process. I cannot describe what it is, for I do not know, but I can tell how it feels. It feels as if one were being drawn inward toward a center of great luminosity, yet to fly straight into it would be like a moth darting into a flame or the earth hurtling itself into the center of the sun. So one moves about the center instead, close enough to see the brightness, to feel the warmth, but maintaining the orbital tension, a dynamic relationship of a small finite being to a source of light and energy that has no limits.9

Similarly, Jungian analyst Murray Stein wrote that “in the lifelong unfolding that Jung calls individuation, the driving force is the self, the driving force is the self.”10 Describing its role as the conductor of the individuation process, professor of depth psychology Elizabeth Nelson wrote that the Self “will disturb, cajole, and importune in any number of remarkable ways, particularly when everything appears perfect.”11 Singer further claimed that the Self is “both a guide and the goal”12 of individuation. She continued by stating that “the striving toward [the Self] produces greater consciousness of our whole character, the shadows as well as the light.”13 Of this process, author Gary Bobroff wrote, “in becoming more whole, we become more of who we are, and we usually become better able to express ourselves and share our particular gift.”14

Jungian analyst James Hollis described the Self as “the purposiveness of the organism, the teleological intention of becoming itself as fully as it can . . . The Self is unknowable, though its intentionality may be inferred from its expression through the venues of the body, affect, cognition,”15 as well as through symptoms and dream images. He further explained, “As the Self embodies the totality of the organism and its mysterious, autonomous activity, so we may never know it fully any more than a swimmer could know the ocean.”16 Because of this, one must be content with “‘a sense’ of Self, the Self forever unknown, unknowable.”17 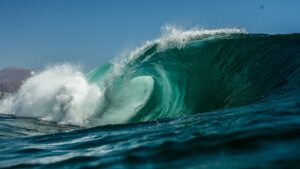 In addition, Stein explained that because the Self encompasses both the conscious and unconscious psyche, it may allow us to “know things that are beyond our conscious possibility of knowing.” 18 The Self may be seen as the keeper or mediator of this knowledge. Thus, “experiences of the Self are numinous, powerful, moving and transcendent. Alongside our powerful biological instincts stands an equally powerful urge to become who we could be and to connect to something beyond the personal.”19 The unique life one creates is from this place of transcendence is “not cut off from others or made more important than any other life on the planet. It is simply affirmed as one experiment in human life that is unique because of its precise position in the common matrix.”20 In being fully oneself, something entirely new and authentic is created that contributes to the collective, often in beautiful and surprising ways.

How then can we connect more deeply with the Self? Ways of building a relationship with the divine within us include Jungian analysis or depth psychotherapy, dream work, drawing mandalas and other art making, other creative work, sand tray therapy, dance and movement, somatic work, meditation, active imagination, exploring mythology, and various types of energy work or shamanic healing. Cultivating this inner relationship can often lead to insight and a feeling of deeper integration. 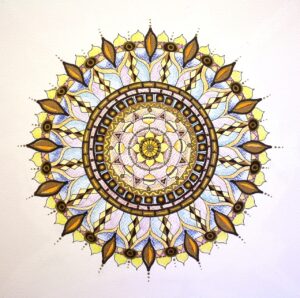 One thought on “Intro to Jung: What is the Self?”