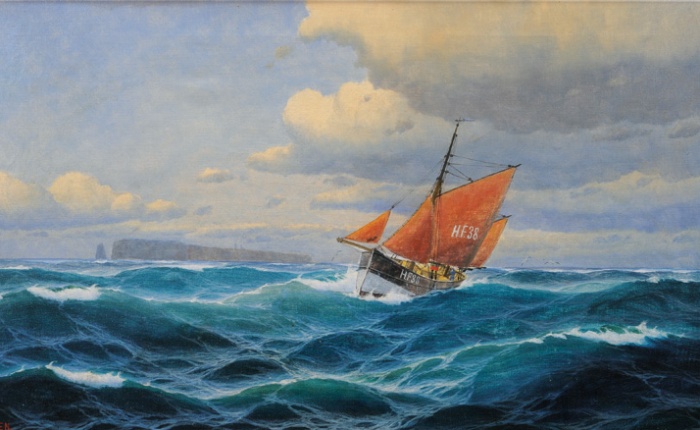 I wrote the following for the Jung Society of Utah blog.

“Until you make the unconscious conscious, it will direct your life and you will call it fate.”

Carl Jung saw both dreams and art (including paintings and poetry) as expressions of the unconscious. Of dreams he wrote, “The dream is the small hidden door in the deepest most intimate sanctum of the soul, which opens to that primeval cosmic night that was soul long before there was conscious ego and will be soul far beyond what a conscious ego could ever reach.”

In art, as in dreaming, the unconscious is often activated. In Jung’s essay, “On the Relation of Analytical Psychology to Poetry,” he wrote of certain creative works in which “we are dealing with an event originating in the unconscious nature; with something that achieves its aim without the assistance of human consciousness, and often defies it by willfully insisting on its own form and effect.” Similar to dreams, this type of art contains “something supra-personal that transcends our understanding to the same degree that the author’s consciousness was in abeyance during the process of creation.”1

A dream or a creative work may serve as “a spontaneous self-portrayal, in symbolic form, of the actual situation in the unconscious.”2 How then can we use dreams and art to make the unconscious conscious?

Jung was known for working with the dreams of his patients, but “he also encouraged his patients to paint and interpreted the paintings in certain of his articles.”2 Jung himself made a practice of drawing mandalas, believing them to be archetypal forms representing the Self. He also created the images in The Red Book.

Finding psychological value in creativity, Jung “placed emphasis on both process and product.”2 He believed that creating art helped mediate between the patient and their problem, allowing the person distance from their psychic condition.2 Dreams and dream work can often provide a similar perspective, serving a compensatory function that helps integrate unconscious contents.

This mediation between the conscious and unconscious often occurs at the level of the personal unconscious, where both dream work and art work can assist individuals in working through their complexes. At this subjective level, one’s interpretation of a dream or creative work is often filtered through these “core patterns of emotions, memories, perceptions, and wishes organized around a common theme.” Becoming aware of and addressing these patterns within the personal unconscious through interacting with a dream or creative work can lead one to greater wholeness.

However, working with dreams and art can reach a deeper level of the psyche. Jung “saw dreams as having the structure of a story or play.” He noted “many parallels between dreams and myths, and said they sometimes used the same symbols to express their themes.” This archetypal content that Jung noticed in dreams is often expressed in creative works as well. He wrote, “The creative process, so far as we are able to follow it at all, consists in the unconscious activation of an archetypal image, and in elaborating and shaping this image into the finished work. By giving it shape, the artist translates it into the language of the present, and so makes it possible for us to find our way back to the deepest springs of life.”1 In accessing this archetypal content, whether through dream work or creative work, one may be able to align with a source of transpersonal understanding that exists outside of ego-consciousness.

A vast sea of meaning

The great Sufi poet Rumi wrote, “Poetry is like the boat and its meaning is like the sea.” What Rumi seems to allude to is the idea that a creative work is a world unto itself, and hints at the notion of multiple levels of meaning. The same could be said of dreams.

Working with one’s own personal unconscious or the collective unconscious through interacting with dreams and art provides an opportunity for growth and learning by “making the unconscious conscious.” All levels of meaning, whether personal or archetypal are valuable and have a place within that vast ocean, which is as wide and deep as one’s curiosity and imagination allows.